The owner of the Dutch Barge ‘Ermintrude’ was looking for the ideal propeller to fit on the hydraulic motor powered wing shaft of his vessel. His many reasons for choosing an Autoprop Eco*Star and the highly satisfactory results obtained can be read here.

As you may remember, when we installed it back in March this year it was for a relatively unusual application, as an auxiliary on the wing shaft of our Dutch barge ‘Ermintrude’. For info, Ermintrude is 23.8 x 4.3 metres and was built in 2001 as a modern replica of a Dutch Barge.

The Autoprop was selected on the following criteria:

1) No other prop could come close for maximum thrust astern; this was very important because we only had 35 shp available and 45 tonnes of boat to stop.

2) Self-pitching meant optimum thrust throughout rpm and boat speed range. This is important as the wing shaft is primarily used for low speed manoeuvring on canals with the main engine shut down, but also has to provide backup capability at sea. Also, the wing shaft is powered by a hydraulic motor which is itself driven by a hydraulic pump on our generator set. The self-pitching Autoprop absorbs the available power allowing the wing engine to function in generator mode at the same time, with only a portion of the engine’s output going to the propeller. There is never any black smoke from the engine or other evidence of overloading even when running heavy AC generator loads as well.

3) Folding flat was not so important given the speed/size of the barge. As far as I can tell, feathering the Autoprop blades only makes about 0.1 knot improvement in speed of the barge under the main shaft at 6.5 knots.

Installation was straight forward and didn’t present any problems (see attached photo in dry dock after installation). The boatyard were impressed with the engineering of the Autoprop saying “it looks too good to leave underwater!”

I was very pleased that the self pitching appears to prevent excessive ventilation when engaging the drive from standstill. I remember we had a conversation about this before installation and we agreed that it should ventilate less than a fixed pitch prop, so I decided not to fit a ventilation plate. This decision has been justified – no significant air is sucked in when getting underway, despite the top of the blades being only about 40 cm below the waterline. It also deals with coming out of the water in big waves with no obvious distress!

Ermintrude has now cruised approx 1500 nm since the Autoprop was installed, and has travelled from the Bristol Channel to Ireland, back across to Scotland, through the Crinan and Caledonian Canals, down the East Coast to Norfolk and has managed some inland rivers as well. Admittedly the vast majority of this was under main engine alone (our trusty 6 cylinder Gardner), but we have found the auxiliary propulsion setup useful in two areas in particular.

1) For canal work, and especially the slow stuff – for example climbing Neptune’s Staircase on the Caledonian Canal when it takes nearly 3 hours to complete a set of 9 locks – we run entirely on the wing shaft and Autoprop. It’s much quieter than using the main engine and is very controllable with the variable speed hydraulics, plus it can run heavy AC consumers on the boat (washing machine + dishwasher + tumble drier + battery charger) at the same time as giving enough thrust to move the boat between locks.

2) In bad weather or running against foul tides we would normally have to work the main engine much harder to maintain speed. We have found that it is actually preferable to run both shafts at normal speed together to get an extra knot or so without any great increase in noise or vibration.

I hope you find the information above useful, and I would just ask that you send me a copy of any literature you might use it in. We are currently producing a website www.ermintrude.com with more photos of our recent voyaging (should be live in the next month or two). I supply hi-res versions of any photos you want to use. 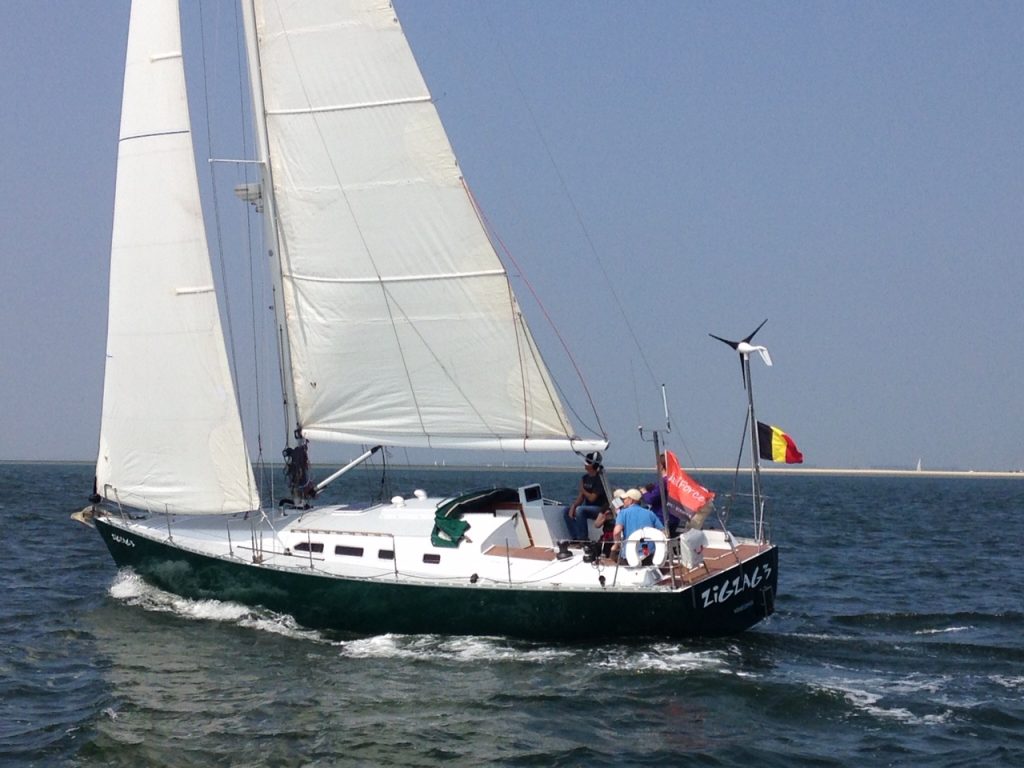